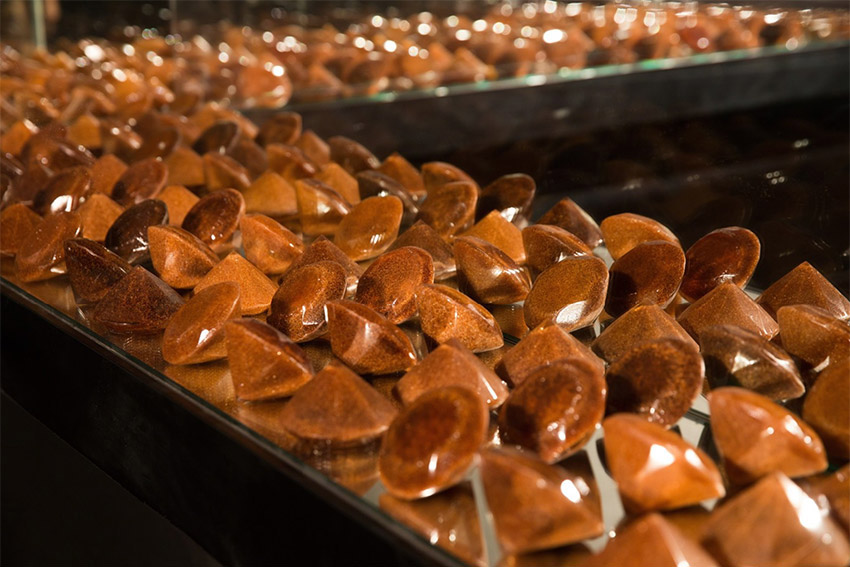 An installation of diamonds cast from sugar from Bacolod, Tiempos Muertos recounts the bittersweet story of sugar in the Philippines. The ‘Sugar City’ Bacolod is historically storied for the ‘sweet life’ of the hacienderos(plantation owners). However, like the sugar that the human body hungers for – which becomes poisonous when consumed in excess – the tale of extremes has left many others in the industry with a bitter aftertaste. Casual labourers undertake most of the backbreaking farm work for as little as S$1 a day. With impending declining sugar prices, the tiempos muertos – the “dead season” of June to September because of the dearth of work – threatens to stay indefinitely. Like blood diamonds, these sugar crystals are a treasure tilled from the earth, gleaned at high human cost.

Exhibited at Singapore Art Museum (SAM). All texts are courtesy of the artist.

Wooden carved left pair of shoes worn by the Philippine President’s wife Imelda Marcos on the day her husband was sworn as the new commander in chief of the Philippines. The Marcos regime would span 20 years. 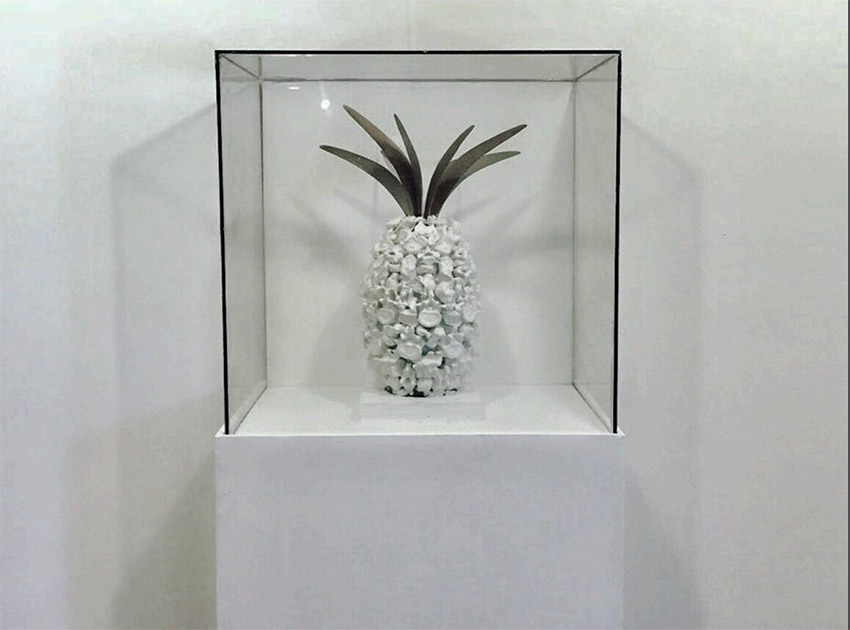 The ordeals of the Filipina worker working in pineapple plantations in the southern part of the Philippines and, timely, coincides with the recent and publicized ordeal of factory workers in a substandard-equipped factory that caught fire and claimed the lives of many. In the said working environments, the woman is compared as a “cow” or “kalabaw,” physiologically bending her back to crouch at the soil beneath her feet, or working a machine to do patchwork all day long. The farmhand works under the scorching heat of the sun; the factory worker bears the humidity of the confines of a workplace warehouse. 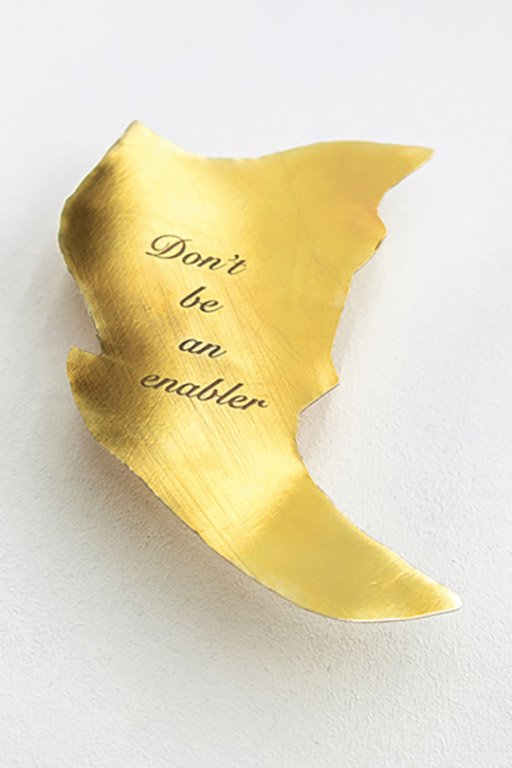 An 18-carat gold sheet is cut into the shape of Panacot Shoal (a former name for Scarborough Shoal) based on a map dated 1748 that was published in Vienna. The gold is engraved with words from women whose consent was disregarded, but they could very well be protests against the administration. 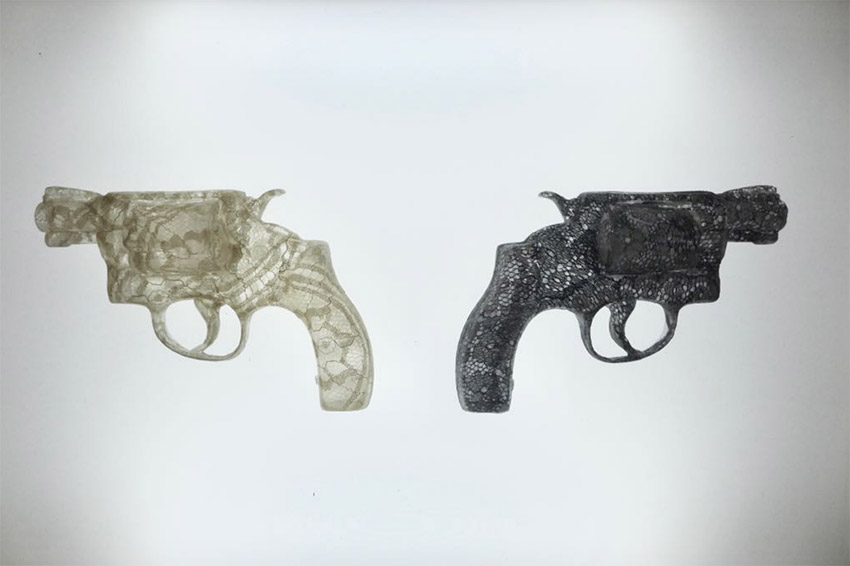 Let us re-examine the processes and the system that has conditioned questions that gave rise to, case in point, feminism’s “woman problem.” These objects are a tribute to Linda Nochlin’s seminal essay titled “Why Have There Been No Great Women Artists? To which Nochlin herself answered, in a nutshell, that it is not the issue. The focus, rather, should be the question itself and the dominant male power elite eyes through which it was obviously viewed. 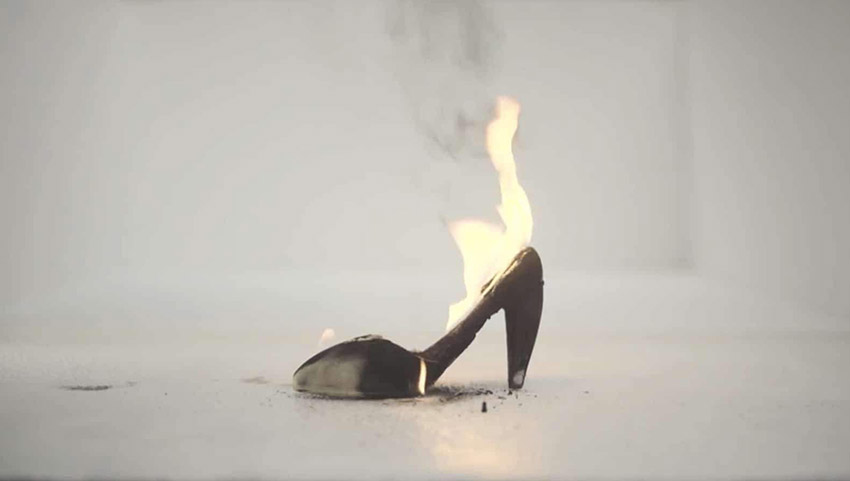 Video still of burning wooden carved left pair of shoes worn by the Philippine President’s wife Imelda Marcos on the day her husband was sworn as the new commander in chief of the Philippines. The Marcos regime would span 20 years.