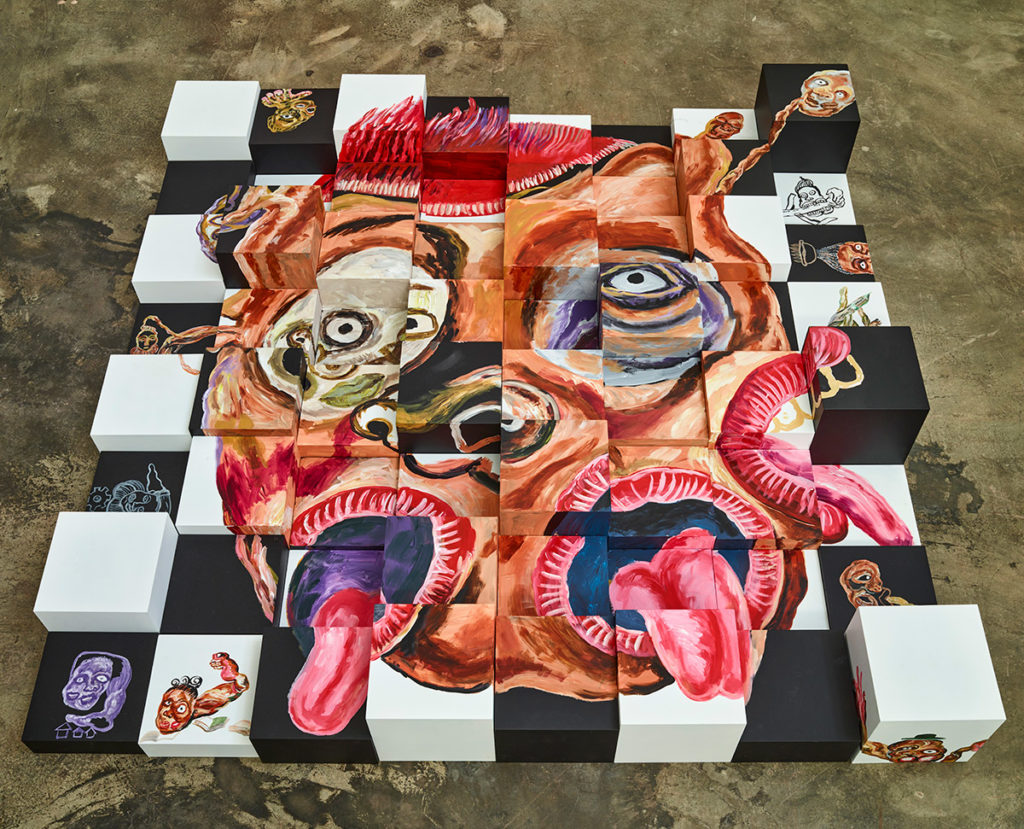 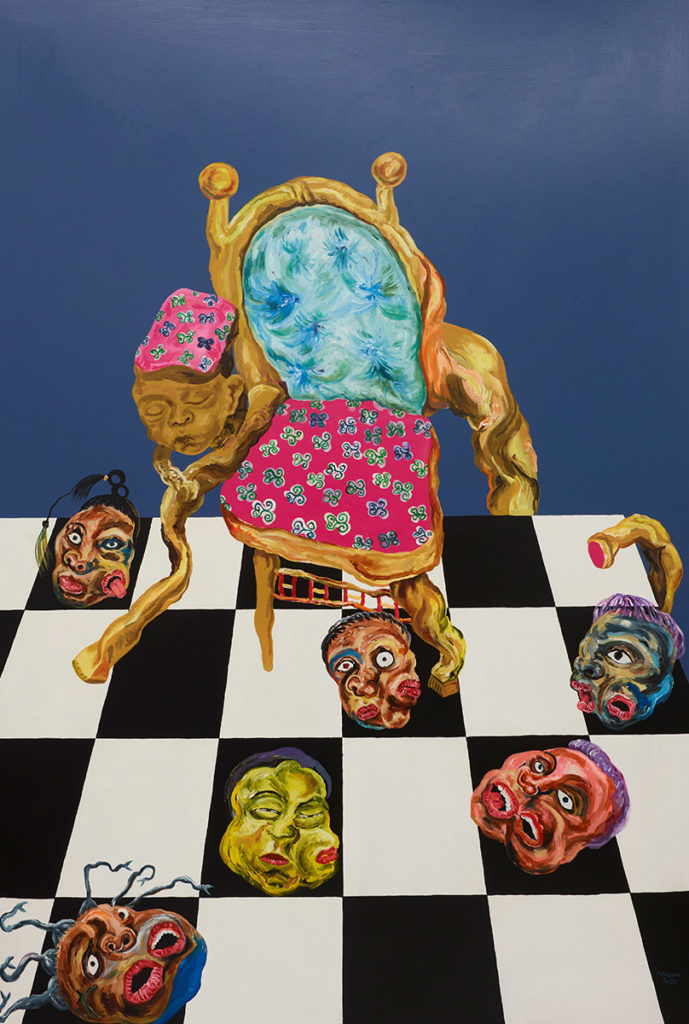 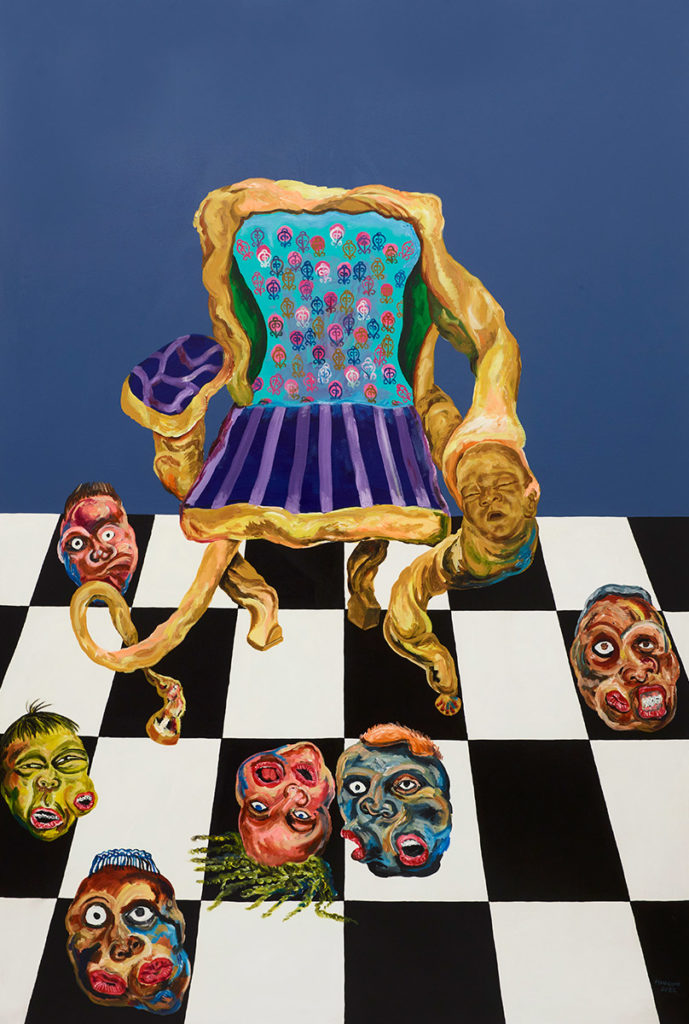 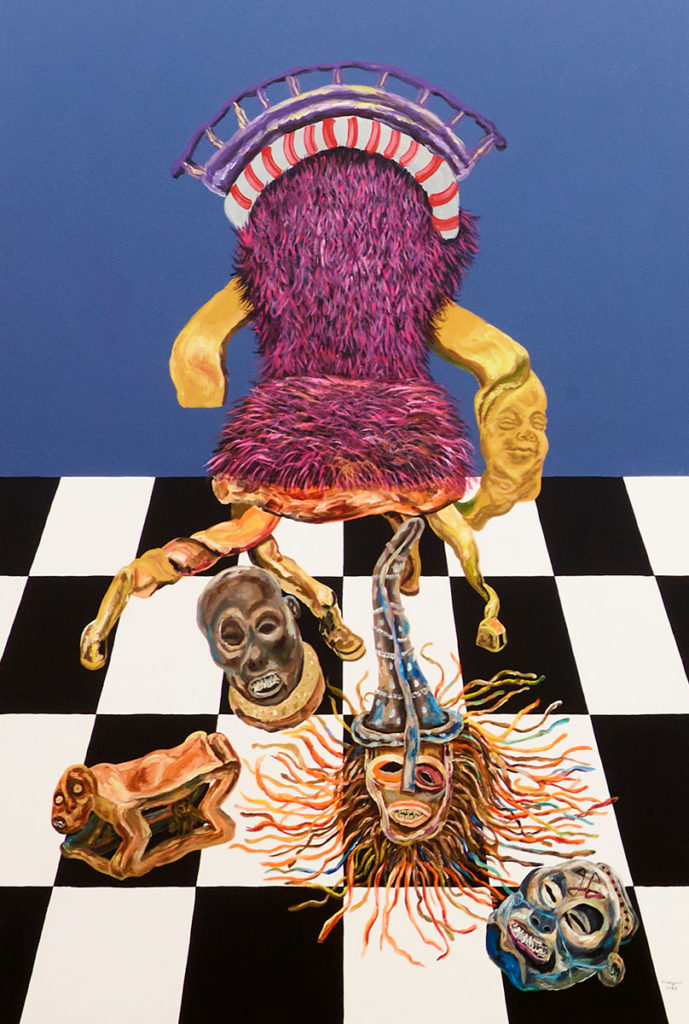 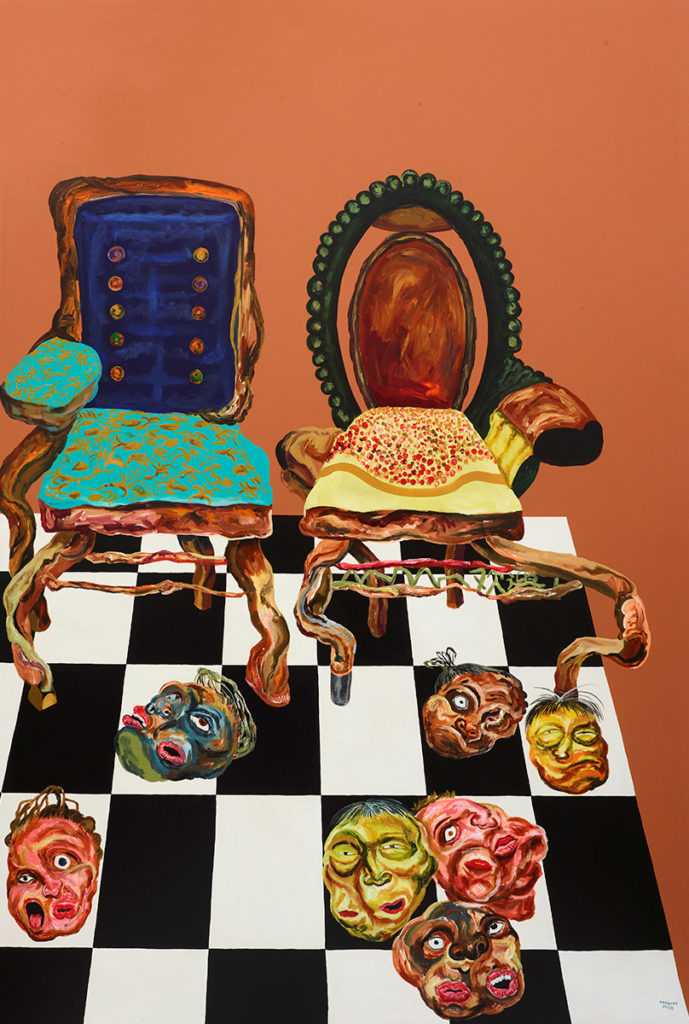 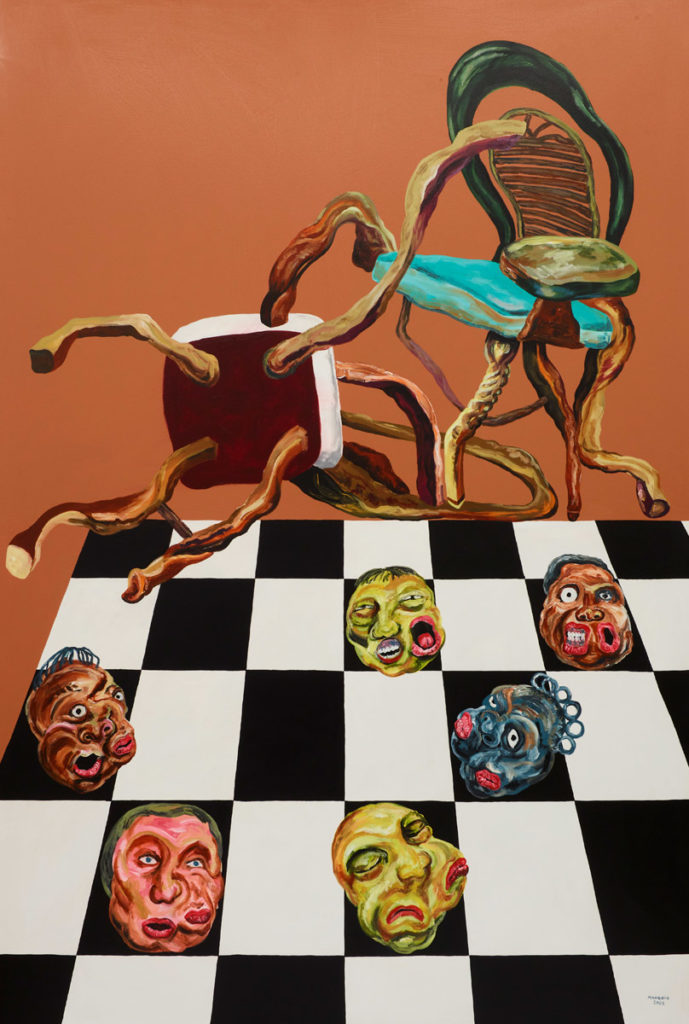 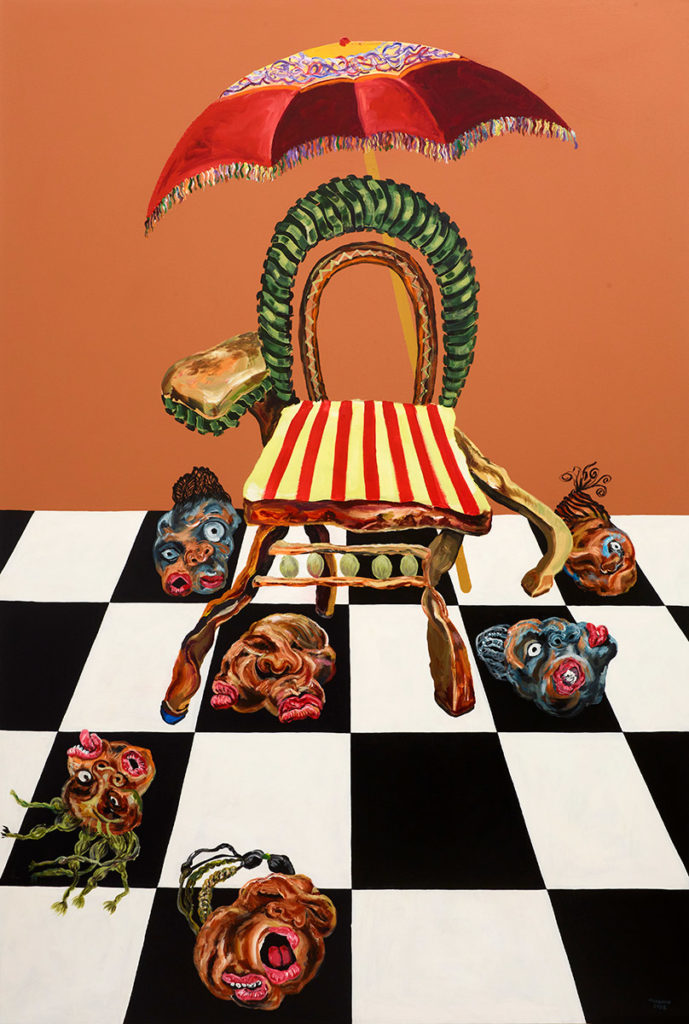 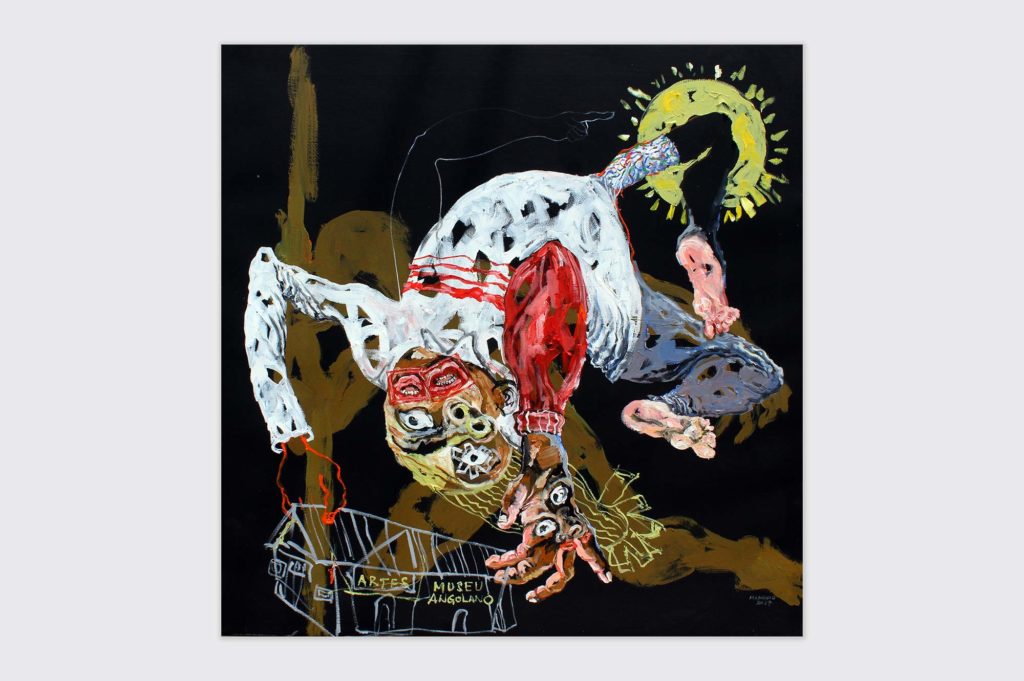 Deeply concerned by issues of social justice and wealth sharing, Cristiano Mangovo often addresses the contemporary world as a landscape of violence, trickery, extravagance and deceit. Momento do Museu calls for the long-due creation of a museum of contemporary arts for the Angolan capital of Luanda. While the city features a military museum, which reflects its painful and troubled history, the absence of an art museum appears as a cruel and inadmissible reality to the Angolan population and to the artistic community. While the background spectral figure of a dying soldier evokes the country’s conflicting past, the dynamic and composite inverted figure, which shows a connection with a remote sun, appears as the benefactor Angola is longing for. 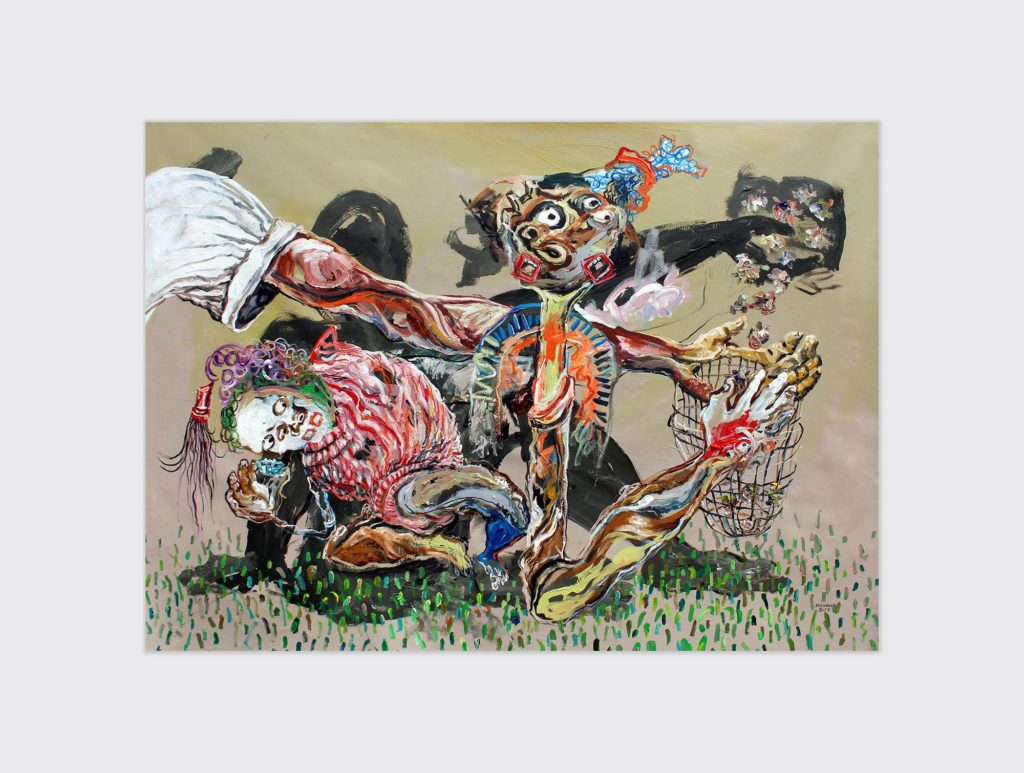 Densely painted, the centre of the canvas offers a strong concentration of organic, linear and colourful elements, which grasp the viewer’s attention while challenging his decoding ability.
“O Tesouro” spurs a compelling and relevant reflection on the global effects of a greedy ideology based on every man for himself and on the law of the jungle. While such motto increases disparities between the tricksters and the most vulnerable by allowing massive wealth concentration, it also contributes to a detrimental spirit of competition and division.