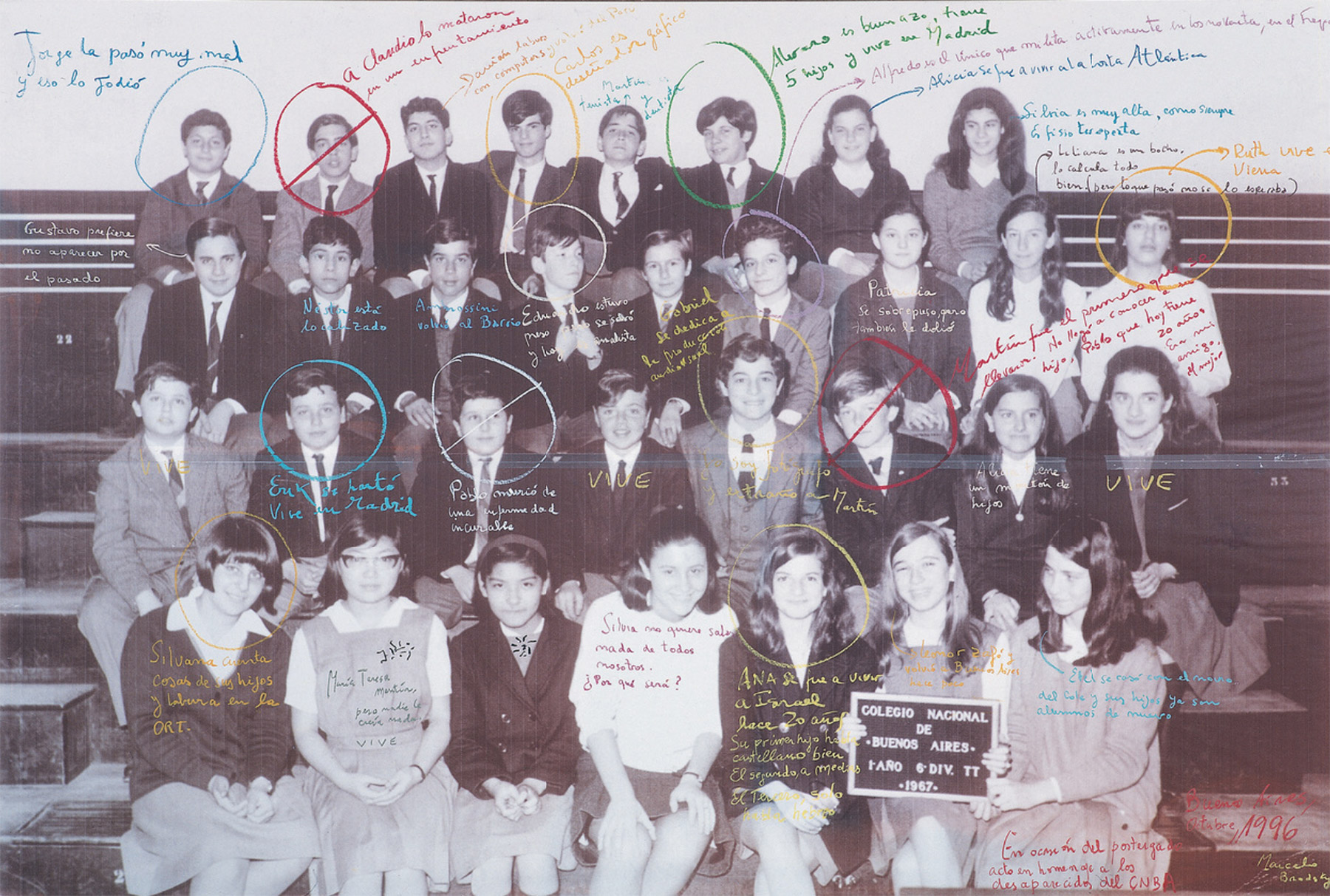 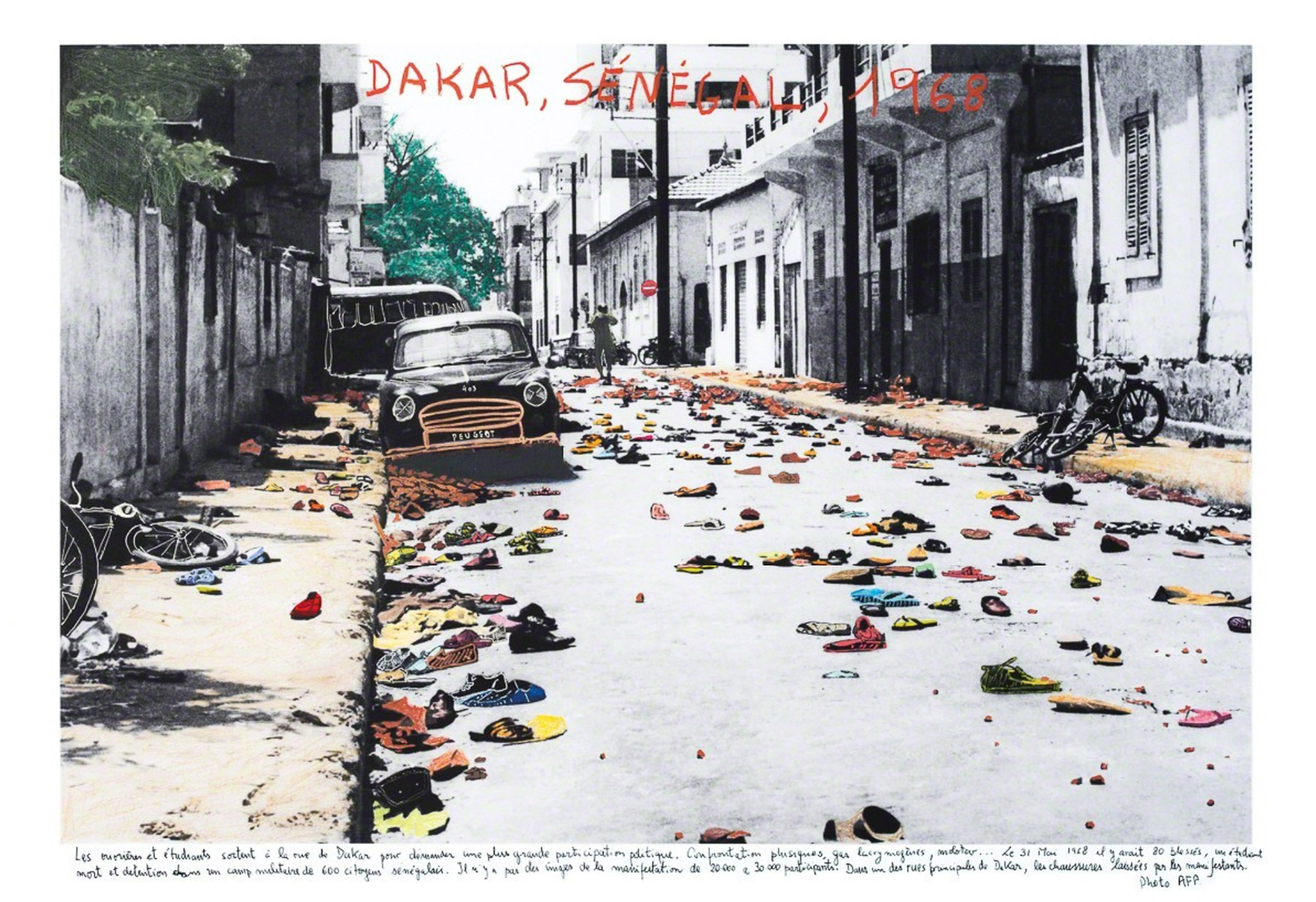 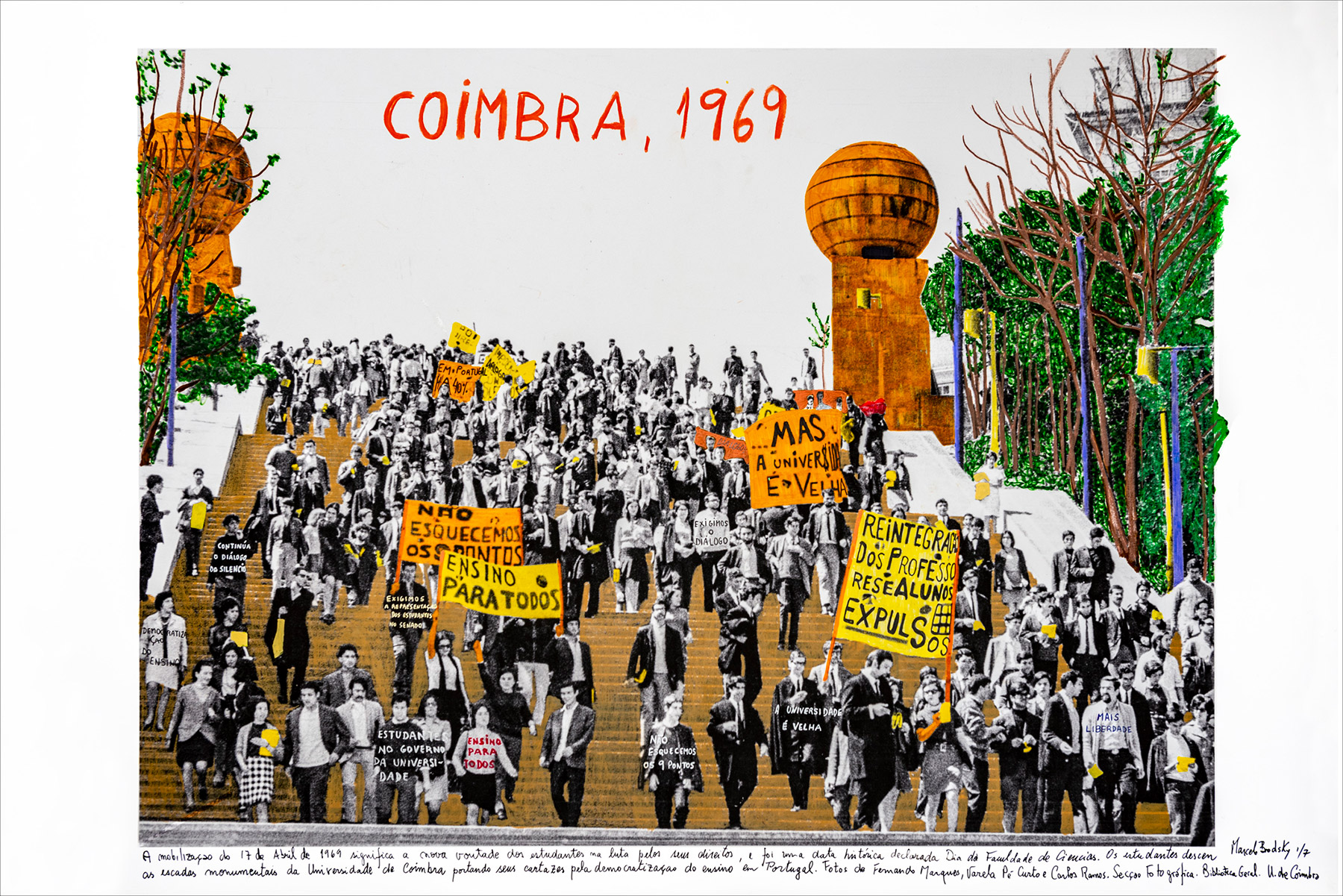 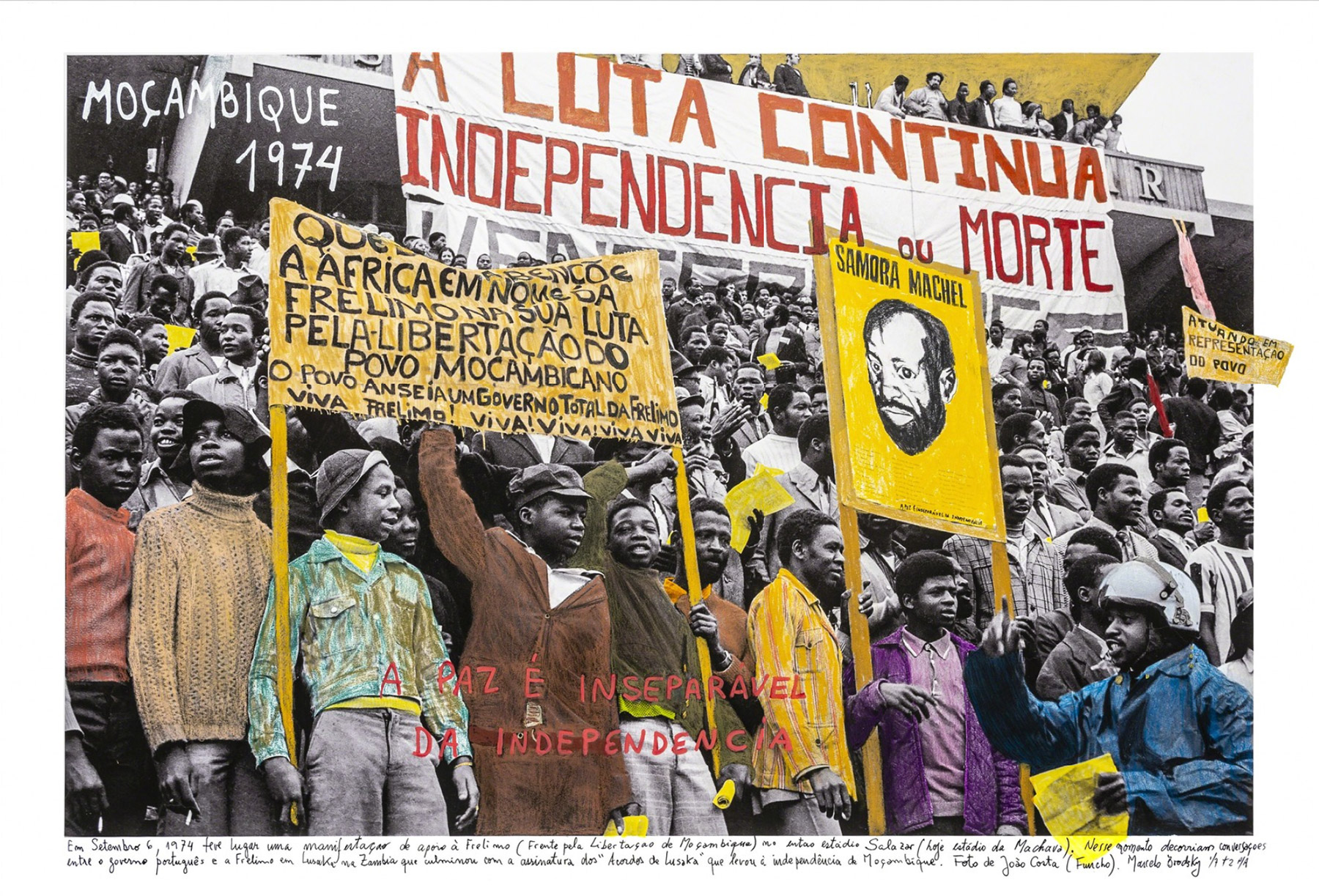 Moçambique, 1974 (2018)
series 1968: The Fire of Ideas, Original image by © Joāo Costa, Intervened with handwritten texts and painting by Marcelo Brodsky.
Print with hard pigment ink on Hahnemuhle paper and painted by the artist. 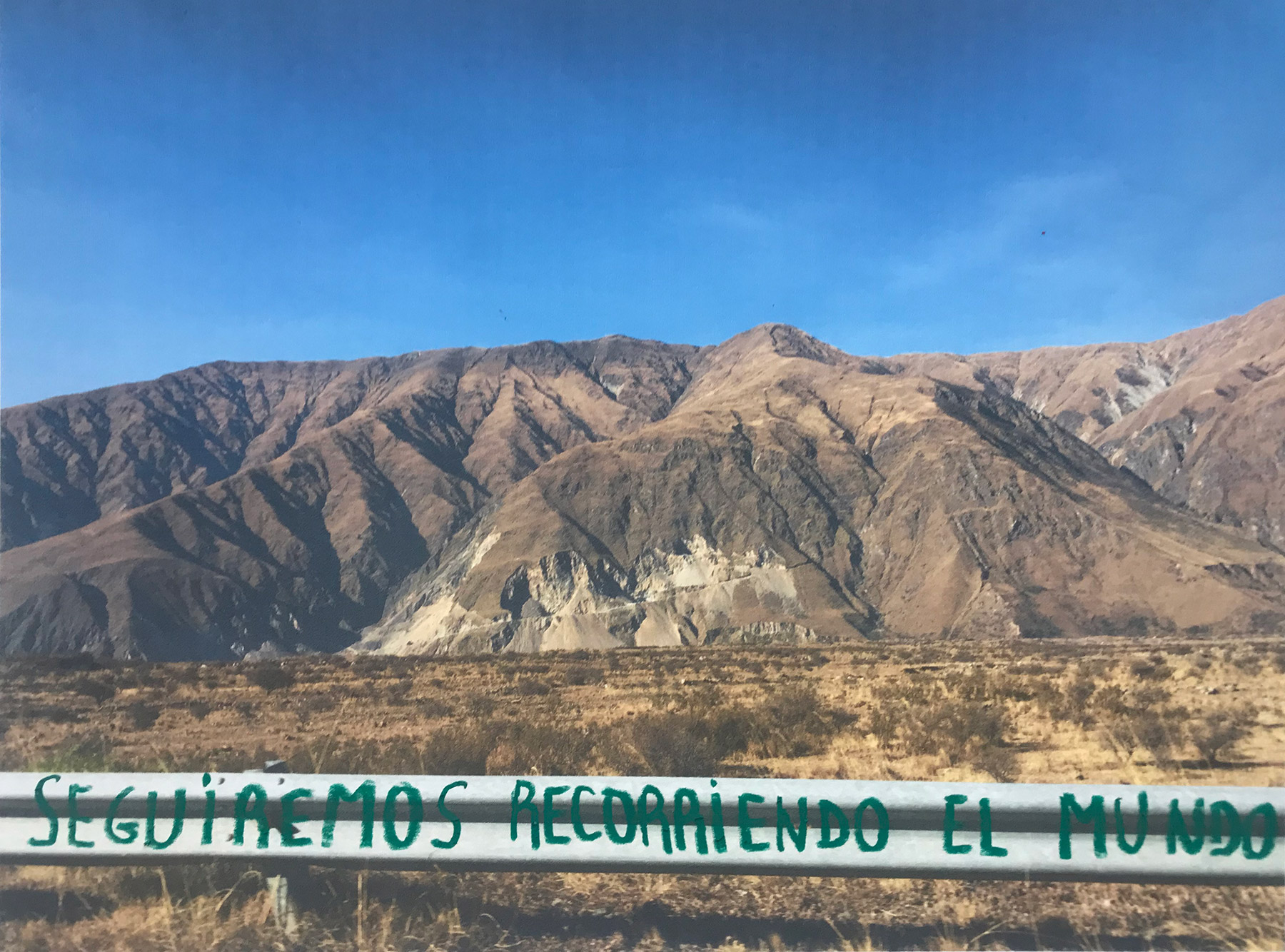 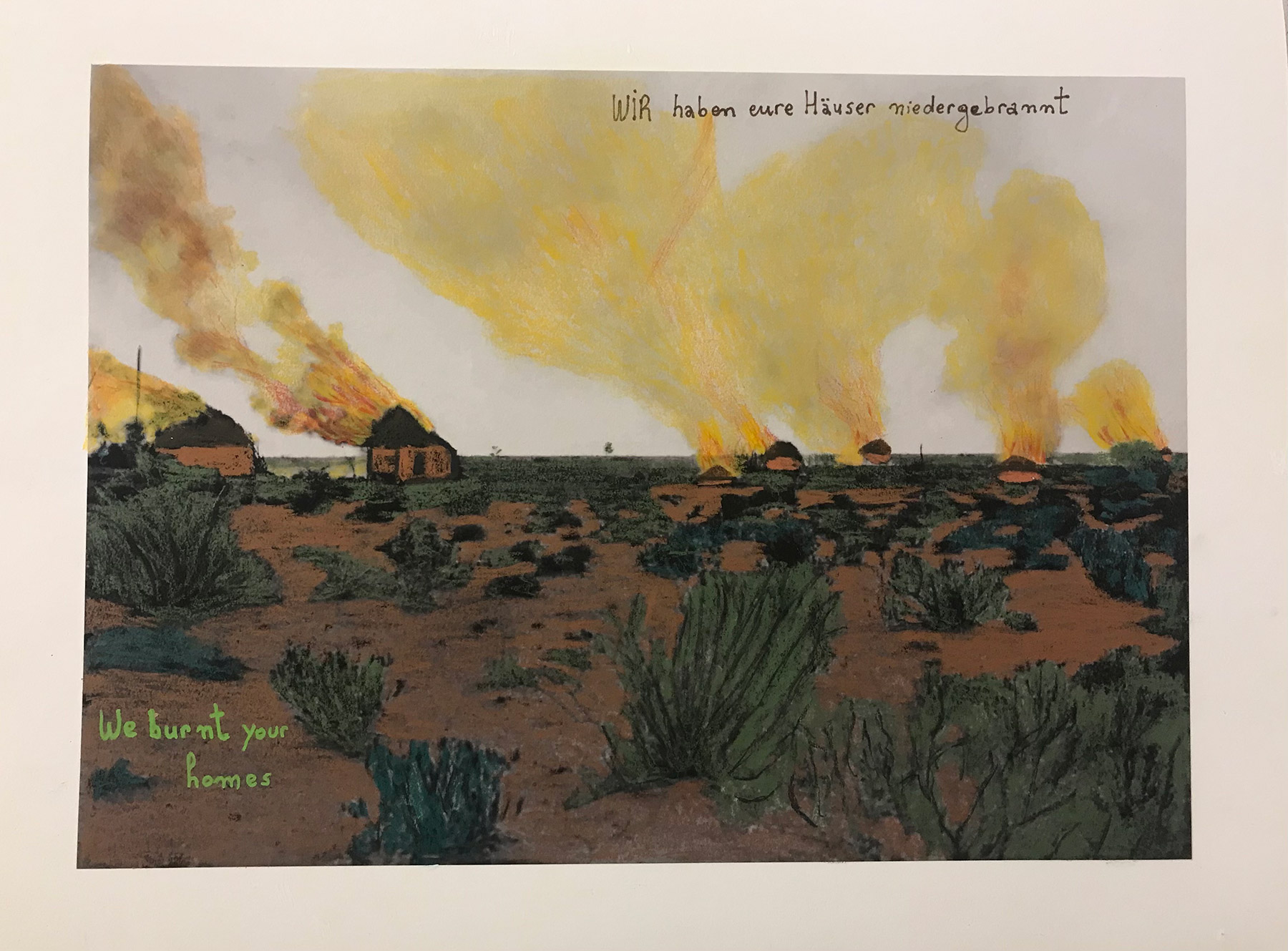 We Burnt your homes (2021)
Traces of violence series, Inkjet print on cotton Hahnemühle photo rag paper, intervened by the artist with crayon and aquarelle. Edition 4+1AP 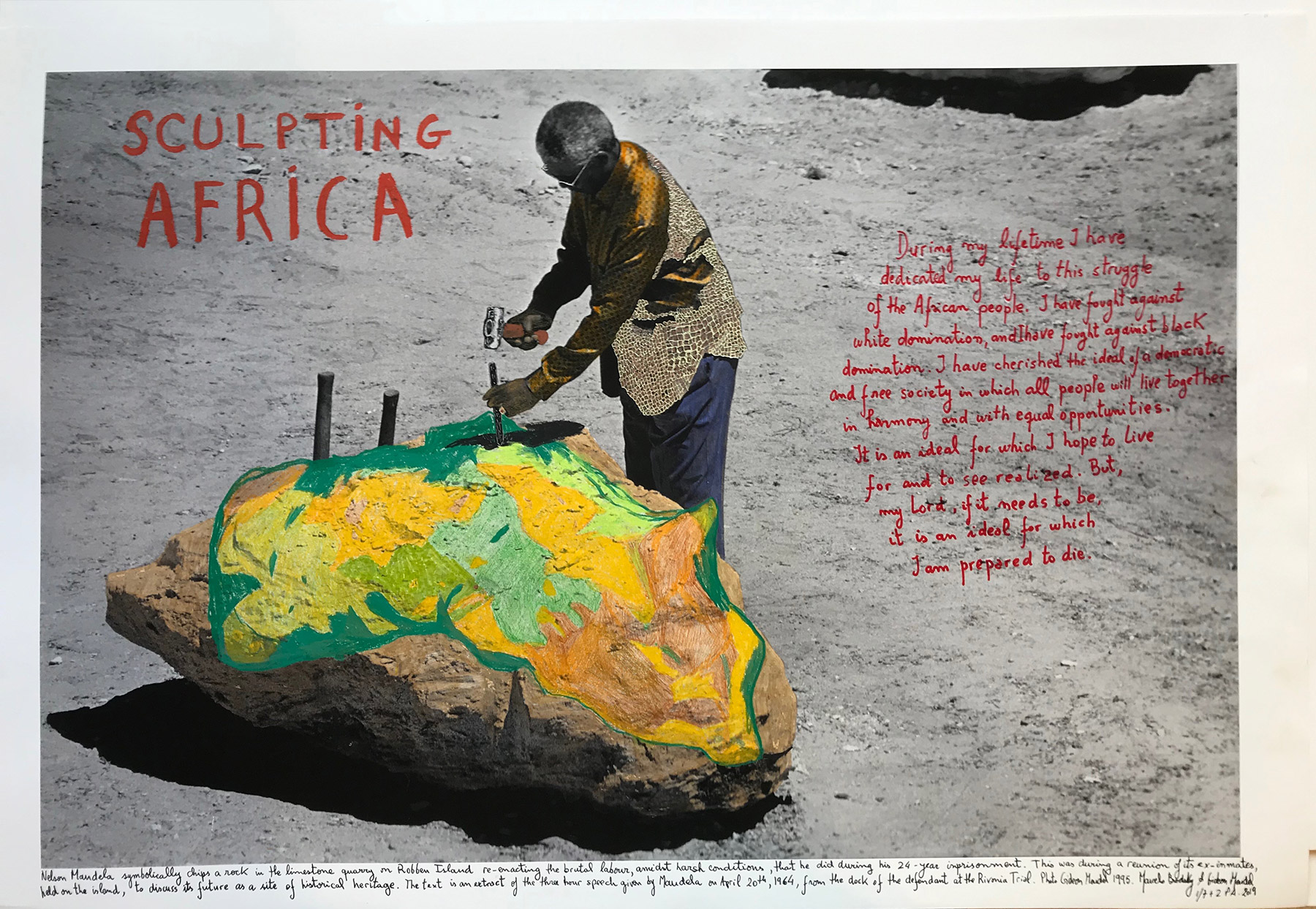 Marcelo Brodsky was born in Buenos Aires, Argentina. He was forced into exile in Barcelona following General Videla’s coup in 1976. He studied economics at the University of Barcelona (1983) as well as photography at the Centre Internacional de Fotografia in Barcelona. He is considered one of the most important contemporary artists in Argentina, being an international visual artist and a human rights activist, he focuses on visual language, Memory and Human Rights. Predominantly working with images, text and archival documents on specific events to investigate social, political, historical realities deserving of public awareness, where he tried to build up alternative narratives.

He is founder and board member of the Parque de la Memoria, a park that is a large monument and art exhibition space to honour and remember the victims of Argentina’s military dictatorship. He is also founder of Visual Action, an NGO dedicated to transferring visual expertise to NGO´s. He has been awarded with distinctions and received many accolades, such as the Dr. Jean Mayer Award of Global Citizenship at Tufts University, Boston (2015) and The B’nai Brith Award for Human Rights (2003), among others.

In 1996-1997 he edited and exhibited the photographic essay Buena Memoria (The Good Memory) based on the effects of state terrorism in Argentina. The iconic class picture is now shown permanently in the school´s main hall as part of its history, as well as part of major art collections across the world. The project “1968 the Fire of Ideas” was shown extensively in Europe and Latin America in 2017, 2018 and 2019, from which the Opera ”1968” emerged as well, a work resulting from a collaboration with a musician and a drama director, commissioned by Teatro Colon of Buenos Aires.

Some of his last art projects, developed during Pandemic are: “Stand for Democracy in Myanmar”, “Traces of Violence–the German empire Genocide in Namibia”, “Poetic Resistance”, and a personal introspective work on the state of the mind during lockdown.