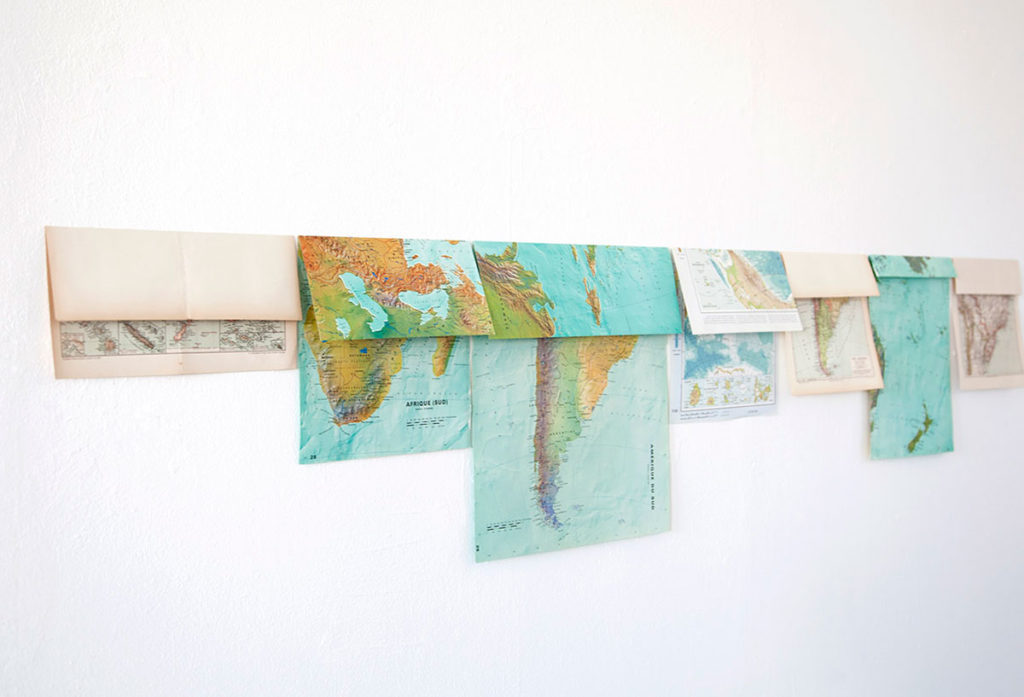 A group of maps is folded on the Equatorial line, in a way that the northern hemisphere covers up the southern. The series is displayed aligned, shaping a sort of horizon line from this folding process. To the South (below the Equator ́s Line) refers to a vision of theworld defined from a dominant gaze, questioning the geopolitics division of the World. 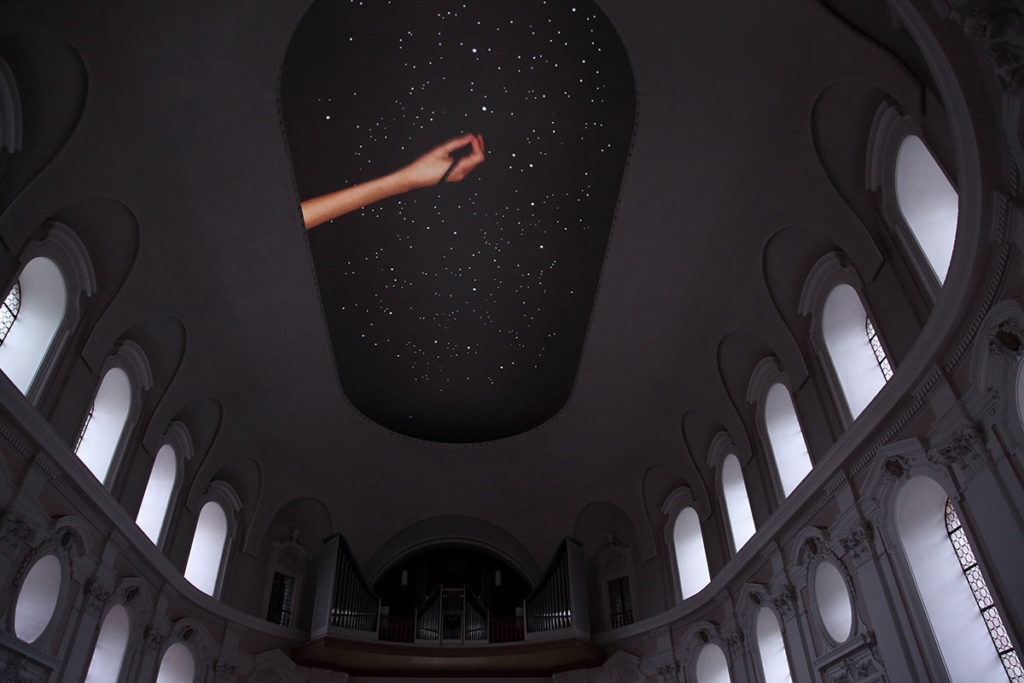 A starry sky is also a map of the time: it shows the exact moment we live, neverbeing the same.

It means we can count time through the positions of the stars in thesky.
Ten videos show the making of ten different starry skies – each of them for a specificyear.

A starry sky is constructed by punching small holes on a black surface in the video. We can see the hand working on this representation of a night sky: each holeallows the backlight to shine and simulate a star in the sky. The first sky will be from ten years ago, followed by the sky drawing of the followingyear, until we had the starry sky on the same night of the presentation at Die BlaueNachtin May 2017. Projecting a night sky on the ceiling of St. Egidien Church is a symbolic way to open up the roof. It is also a representation of time passage since each star’s configuration tells us about specific moments in History. 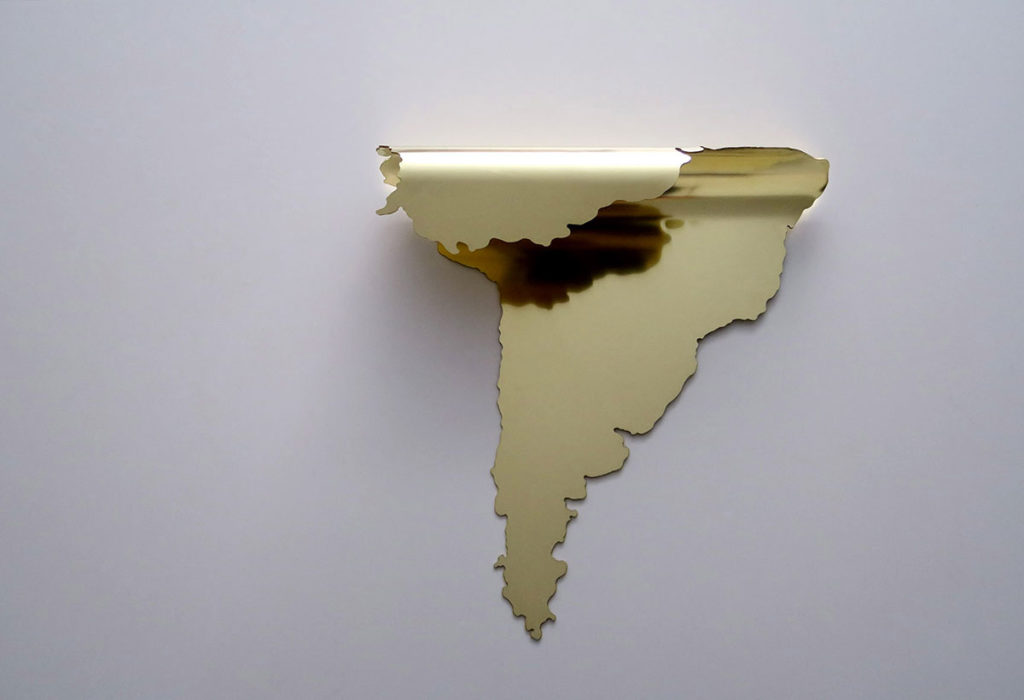 Bent continentsis part of Marina Camargo’s series of works in which geography istransformed into flexible configurations, distancing itself from the orthogonalstructures characteristic of cartography. Africa and South America’s continents areconverted into flexible forms, establishing other geopolitical visions and representing these places.

Gravity on the equatorial line, 2015 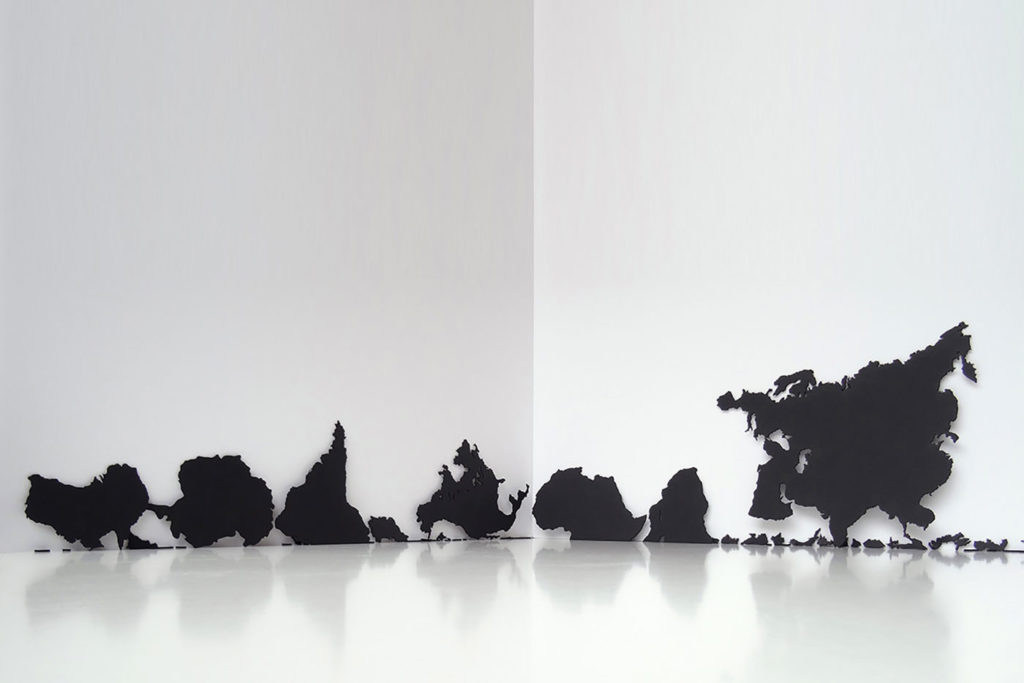 The equatorial line highlights the division of the world into twohemispheres. It also represents a political division of the world in thenorth and south. What if these divisions did not exist? How could theworld be understood if there was no difference between the southernand northern worlds? If the world were represented having only onehemisphere, how would it affect our geopolitical perception? In Gravity on the Equatorial Line, all the orthogonal lines orient theEarth’s geographical representation disappears. Then another system isestablished based on an imaginary gravity physically influencing theterritories. In that other system, frontiers, names of continents, andcountries or oceans become irrelevant. If the equatorial line could alterthe Earth’s physical order, interfering in the very gravity and changingthe order of things, it would define a particular vision of the world. 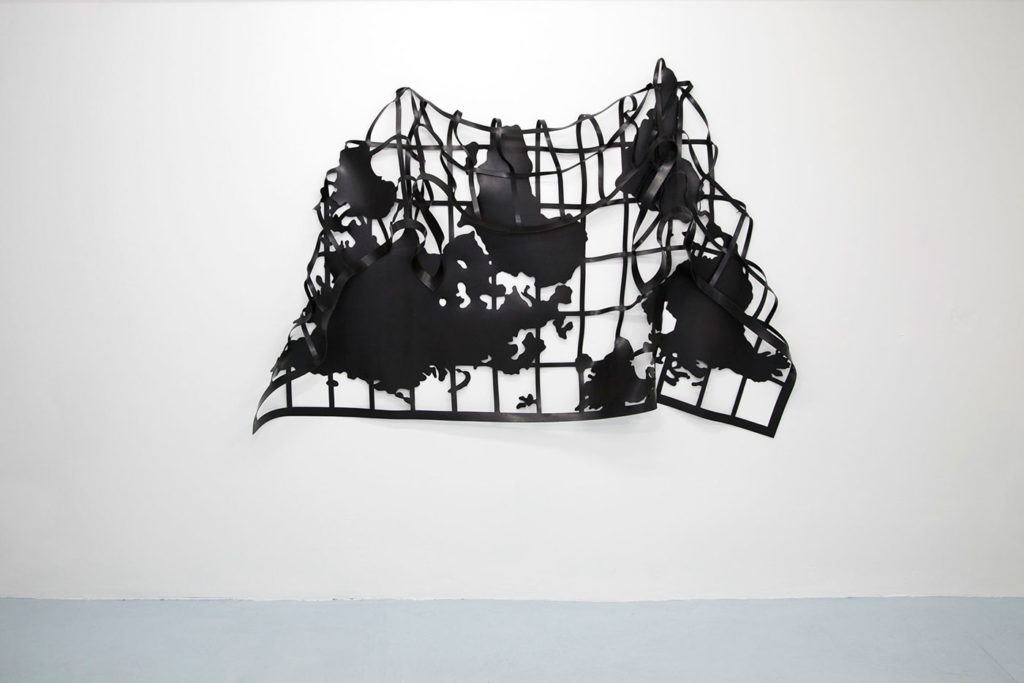 Soft map (South Atlantic)Work of the Soft-maps series. Between the continents of South America andAfrica is represented the South Atlantic, an ocean that connects them as ageographical and historical space (being a region historically marked by traderoutes and slave trade). The lines that bring South America and Africa to each other still refer to Pangea, a geological formation that preceded the creation of the two continents and gave rise to the Atlantic Ocean.